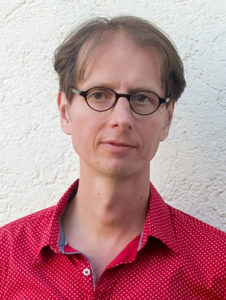 Fabian Scheidler studied history and philosophy at the Free University of Berlin and theatre directing at the Frankfurt University of Music and Performing Arts. He works and lives in Berlin as a writer for print media, television, theatre and opera. In 2009 he co-founded the independent newscast Kontext TV, which has since produced over 100 broadcasts on global justice issues. He also publishes in journals, including the German daily “Taz. Die Tageszeitung”, Frankfurter Rundschau, Wiener Zeitung, the Swiss weekly WOZ, The Progressive, Common Dreams, ZNet, Radio France and “Blätter für deutsche und internationale Politik” (edited by Saskia Sassen, Jürgen Habermas et al.). For the global justice network Attac he edited the fake edition of the German weekly Die Zeit in 2009, which generated nationwide attention. For this work he received the Otto Brenner Media Award for Critical Journalism. In 2010 he served as the project coordinator for the Attac Tribunal on Banks at the Volksbühne in Berlin. As a dramaturge and playwright he worked for the renowned Grips Theater in Berlin for several years. In 2013, his opera “Death of a Banker” (music: Andreas Kersting) was premiered at the Gerhart Hauptmann Theater in Görlitz (Germany).

In 2015, Fabian Scheidler’s book “The End of the Megamachine. A Brief History of a Failing Civilization” was published in German. The book was translated into Dutch (Lemniscaat 2018), English (Zero Books 2020), and French (Le Seuil 2020). A Chinese edition is in preparation. In 2017, “Chaos. Das neue Zeitalter der Revolutionen” (“Chaos. The New Age of Revolutions”) followed. In 2019, he co-edited “Der Kampf um globale Gerechtigkeit” (“The Struggle for Global Justice”), conversations with Noam Chomsky, Amy Goodman, Immanuel Wallersein, Vandana Shiva et al. Since 2015, Fabian Scheidler has been on extensive lecture tours in Europe. He also works as a visual artist, with numerous exhibitions of his “photosyntheses“. A selection of images from the series “Displaced Places” is incorporated in his 2019 collection of essays “Die volle und die leere Welt” (“The Full and the Empty World”). In spring 2021, his book “The Stuff We Are Made of. Rethinking Nature and Society” was  published in German by the Piper publishing house. In the same year, he released his essay The Mental Field. Theatre Essentials (Alexander Verlag Berlin).